At the end of November, Fantasy Planet has reviewed The Heroes, novel by Joe Abercrombie, published inItaly by 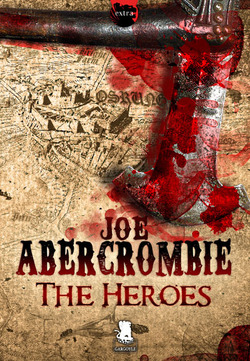 Gargoyle Books. Today I show you an exclusive interview with the author, who gently answered my questions.

First of all, some biographical notes:

Joe Abercrombie was born inLancaster,England, in 1974. He was educated atLancasterRoyalGrammar SchoolandManchesterUniversity, where he studied psychology.

Abercrombie moved into television production before taking up a career as a freelance film editor. During a break between jobs he began writing The Blade Itself in 2002, completing it in 2004. It was published by Gollancz in 2006 and was followed by two other books in The First Law Trilogy, Before They Are Hanged and Last Argument of Kings. In early 2008 Abercrombie was one of the contributors to the BBC Worlds of Fantasy series, alongside other contributors such as Michael Moorcock, Terry Pratchett and China Miéville. In 2009, Abercrombie released the novel Best Served Cold. It is set in the same world as The First Law Trilogy but is a stand-alone novel. He followed with The Heroes (2011), again set in the world of the First Law Trilogy. Abercrombie lives inBath,Somerset with his wife and three children.

In 2011, Abercrombie signed a deal with Gollancz for 4 more books set in the First Law world.

Let’s start with the interview:

It’s a pleasure to be here.  Put simply, The Heroes is a book about war.  Most epic fantasy has war as the background, but often it’s a rather idealised portrait of warfare that focuses on the heroism, the glory and the shiny metal.  I wanted to present something along the lines of those big picture war films like A Bridge Too Far, Waterloo or Gettysburg, that show the development of a battle, and make some wider points about war, by showing a variety of different stories on both sides and at different levels of the chain of command.  I’ve tried to present as realistic a picture of warfare as possible, not only the blood, horror and grit, though plenty of that too, but also the challenges of organisation and logistics, the political dimension, the chaos, the hardship and the banality, the way that small wrinkles of personality and chance can ripple out to have profound effects.

Blood and humour, I guess…  I read a lot of fantasy as a kid and found that although there’s often a great deal of violence, it’s often skated over, outlined, told in big wide shot.  It isn’t always visceral and involving in the way that violence often is in thrillers or noir fiction.  You might get a technical description of a fight but not necessarily the sense of being there.  I wanted the action in my books to feel personal, involving, terrifying, if possible.  I also felt that commercial fantasy often took itself too seriously, and was at risk of becoming rather pompous or self regarding, or was out-and-out satire and comedy.  I wanted a tone between the two, something more like the films of Mike Leigh or the plays of Alan Ayckbourn, where the characters have humour, often in some terrible situations.  The humour of real life, if you like.  I really want the reader to go through the whole range of emotions, if possible.

The slightly scary thing about being a writer is that in some way, all of your characters are you, and when you write a conversation between two of them, that’s you talking to yourself.  So I suppose Bremer, not to mention all the others, many of them one variety of scum or another, all represent some aspect of myself, or tendency in myself, exaggerated and amplified to the point of being unrecognisable, perhaps…

I think the idea of a hero is a very mutable one, which is really what I was trying to investigate in The Heroes.  The title is a play on words, in a sense, because it can be taken to refer to the ring of stones that form the centre of the battlefield, rather than necessarily the characters, none of whom is the kind of out-and-out hero, with noble motives, noble actions, and noble results that we are perhaps used to seeing in epic fantasy.  I started from the standpoint that very few people in real life are heroic in every way and from every point of view, but that more or less everyone is capable of being noble, or selfless, or brave under the right circumstances.  So the characters in The Heroes are all various different alloys of heroic and unheroic characteristics.  Gorst is heroic in the manner of a classic fearless warrior, throwing himself into combat and turning the tide of battle, but his reasons are entirely selfish and he is utterly lost outside of battle.  Calder’s tactics are underhanded but the outcomes are positive.  Craw lives by a strict code of honour but it forces him to do things he knows are wrong.  Beck is an untried boy who dreams of being a hero but finds the reality of warfare is very different to the songs.  Which are the heroes and which the villains?  I guess the reader can decide…

I think if we’re talking in particular about epic fantasy, then it’s in rude health right now, with a whole set of younger writers (and some older ones) taking some challenging, realistic, unpredictable approaches to the form.  I must confess that I actually don’t read very much fantasy at all myself – I try and find my inspiration elsewhere.

Creation, destruction, torture, joy, pride, shame, a good excuse to drink whisky and a tricky way to make a living… 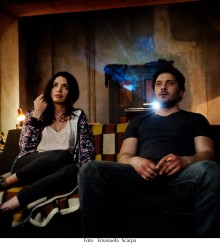 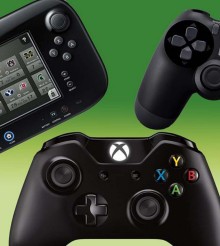